CEC announced $57M available in 2 categories for upgrading food processing facilities in CA last month. Tier 1 supports demonstrating advanced motors and other devices and has awards between $100K and $3M; tier two supports microgrids and other renewable energy systems, and awards range from $2M to $8M.

Solicitations are due by August 31rst. Learn more about this funding opportunity at the CEC’s website: http://www.energy.ca.gov/contracts/other_research.html#GFO-18-901

The food packaging business is massive in California. California Ag Today spoke recently with Rob Neenan, president and CEO of the California League of Food Producers, based out of Sacramento, about California food processing.

“The League of Food Producers is a statewide trade association. Our primary function is regulatory and legislative affairs on behalf of our members,” Neenan said.

Rob Neenan is president and CEO of the League of Food Processors
The association represents about 50 food processor members across the state, most of the Central San Joaquin Valley, but it serves seven or eight members in southern California. “We have Del Monte in Modesto. We have Hilmar Cheese in Hillmar. In Lodi and Woodland, we have Pacific Coast Producers. We also have also some nut processors, dried fruit processors, so the whole gamut,” Neenan said.

“There aren’t as many frozen fruit and vegetable companies as there used to be, but we have a few, for example, Del Mar Food Products in Watsonville and a couple of companies in the Merced area,” Neenan noted.

The processing industry represents a big part of the power of California agriculture.

“The annual output of the food processing industry in California is about $200 billion. About $25 billion is in direct value added on top of the ingredients,” he said.

It’s the third largest industry in the state regarding the manufacturing sector—only high tech and oil refining are larger in California.

And Neenan explained that there are some significant issues that canners are facing.

“The biggest is the proposed steel and aluminum tariff situation. The canning industry needs tinplate steel, which is also used in cans and aluminum foil, which is inside of some packaging as well. For the canneries left in California, this is going to increase their cost of doing business greatly,” Neenan said. 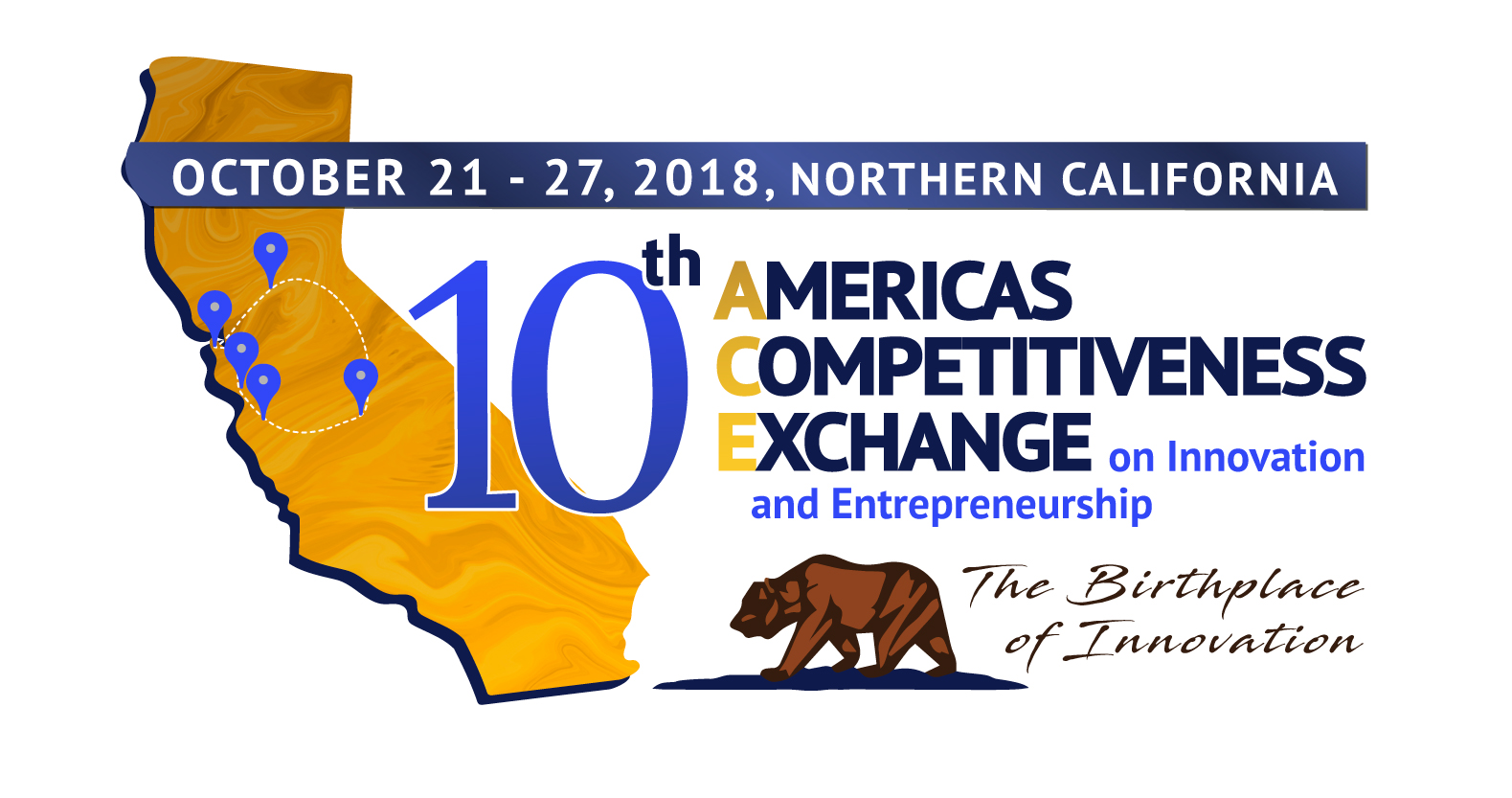 The 10th Americas Competitiveness Exchange on Innovation and Entrepreneurship (ACE) is coming to Northern and Central California October 21-27, hosted this year by the University of California Agriculture and Natural Resources and Central Valley AgPLUS.

ACE is an initiative of the Organization of American States (OAS) and the Inter-American Competitiveness Network (RIAC). It gathers high-level, public, private and academic decision-makers from across the Americas to explore thriving models of entrepreneurship, innovation, strategic investments and partnerships that contribute to economic development of selected regions.

The Octobers ACE program tour of Northern and Central California will visit sites San Francisco, Monterey Bay, Fresno, Sacramento and Davis. About 50 delegates from throughout the Americas and other parts of the world will participate.

ACE convening institutions are the U.S. Department of Commerce, through the International Trade Administration (ITA) and the Economic Development Administration (EDA); the U.S. Department of State; the Government of Argentina; and the Organization of American States (OAS) as the Technical Secretariat for the Inter-American Competitiveness Network (RIAC). 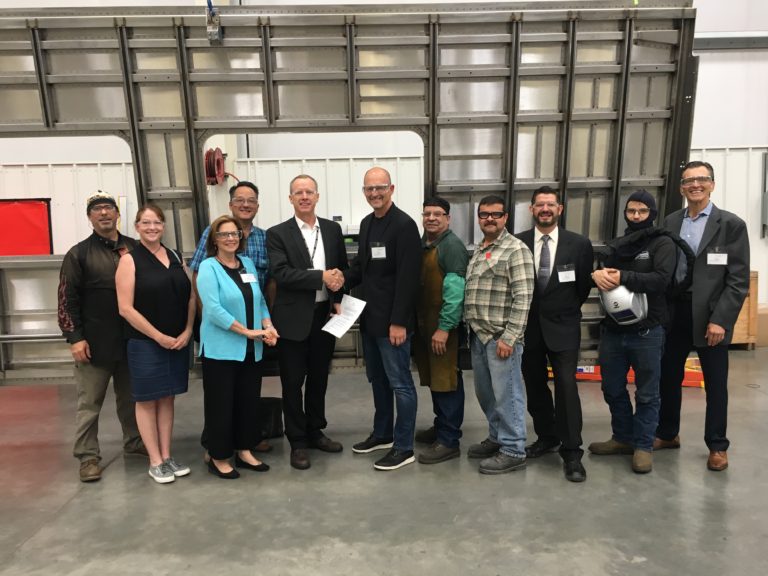 The Sacramento Valley Manufacturing Initiative (SVMI) is a new industry-lead collaboration to build and sustain a robust manufacturing sector in the Sacramento region by informing and supporting education and training providers about the needs of the 21st century manufacturing workforce. SVMI’s efforts will help address the chronic shortage of qualified and skilled workers in the manufacturing industry.

A private equity firm with offices in New York and San Mateo has announced a strategic investment in Fresno-based Lyons Magnus, producer of food-service products including fruit toppings, sauces, juices and syrups.

The financial terms of the investment by Paine Schwartz Partners was not disclosed. Bob Smittcamp, whose family has owned Lyons Magnus for more than 46 years, will continue to lead operations as chairman and CEO. He will also remain a “significant” shareholder in the company, according to a news release.

The executive team of Lyons Magnus — Kent Walrack, Jim Davis, Kris Porter, Jon Parker, Phil James, Brad Kirk and Steve Twet — will continue in their current roles in the business.
In a statement, Smittcamp said, “My family and I have dedicated the last 46-plus years to growing Lyons Magnus, and I believe that our decision to partner with the team from Paine Schwartz will help take our Company to the next level. Paine Schwartz brings extensive experience and understanding of the fruit business and the food-service industry. I want to thank our strong team of dedicated and long-term employees, who played an important role in building Lyons Magnus into an industry leader. With the benefit of additional expertise and resources from Paine Schwartz, we look forward to continuing to provide customers with the high quality and unique portfolio of products they expect from us.”

Go to full story at The Business Journal

The 30-employee operation could get bigger with its sale last month to PanTheryx, based in Boulder, Colo. The buyer plans upgrades that would make the East Fourth Street plant a bigger player in this low-profile niche of the dairy industry.

PanTheryx will close the La Belle headquarters plant in Bellingham, Wash., later this year and plans to move many of its 25 employees to Ripon and Phoenix, the Bellingham Herald reported.

All mammals produce colostrum, which provides their babies with nourishment and immunity against disease in the hours after birth. The Ripon site buys the excess from more than 500 dairy farmers in California, plant manager John Lehr said during a tour for The Modesto Bee last week.

The raw product is frozen on the farms in 4-gallon buckets, then is turned into a powder through what Lehr called “proprietary thermal treatment” at the plant. It then adds vitamins and vanilla flavoring and sells the packaged items to veterinarians and other users in the United States and beyond.

The roughly 20,000-square-foot plant operates under a permit from the U.S. Department of Agriculture.

Above: Employee Roberto Ramirez processes a dairy cattle health supplement made from colostrum, the first nourishing fluid secreted by a mother cow before milk production, in Ripon on Thursday. The plant has been operated by La Belle, which was acquired in February by PanTheryx, based in Boulder, Colo. John Holland jholland@modbee.com

The Modesto Bee
By Paul Wiseman, AP Economic Writer
May 2, 2016

WASHINGTON-U.S. manufacturing expanded in April for the second straight month, suggesting that factories are adapting to a strong dollar and economic weakness overseas, according to a private survey.

The Institute for Supply Management said Monday that its manufacturing index came in at 50.8 last month, down from March’s 51.8 reading but above the 50 threshold that signals growth. The March number had snapped a five-month losing streak for manufacturers.

Click here to view full story at The Modesto Bee