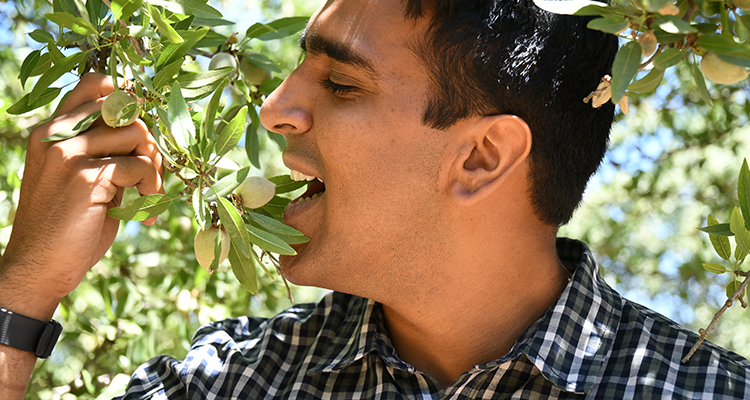 The Madera Tribune
By Cassandra Garibay

The grocery aisles in California are filled wall-to-wall with a seemingly endless variety of spreads, almond butter included. Since California is the primary location of almond orchards, most people have no difficulty buying locally. However, there is a catch.

“As farmers, you see that, and you see a lack of accountability, because we put a lot of effort into growing a quality crop,” Kahal said.

Kahal Farms, founded in 1985, is a family-owned farm in Madera County. What once started as a wine grape vineyard, expanded to 1,200 acres of primarily almond orchards spread out between Madera and Merced.

Go to full story at The Madera Tribune

Above: Kahal Farms operations manager Mallvinder Kahal tries to get a taste of his almond crops. He has also expanded to producing almond butter with his sister Amandeep. Wendy Alexander/The Madera Tribune.